As we prepare to break for the Easter holidays, we take a look back at our posts so far this year. [Header image credit: E. Tjallinks-CC-BY-NC-SA-2.0]

Once more the rights of the child and the protection of their privacy online have been key concerns. Last week, we reflected on the 30th Anniversary of the UN Convention on the Rights of the Child and asked whether it fits the digital age, particularly when there have been huge data breaches of children’s data. The post includes an invitation to respond to the OHCHR consultation, closing on 15 May. A new ICO-funded report, to coincide with Data Privacy Day in January, discussed children’s understandings of privacy and consent online. The report also considered the implications for children’s rights, and gave recommendations for how to improve children’s digital privacy skills. Research by EU Kids Online revealed that while children might understand concepts such as privacy, they still often lack practical digital skills for safeguarding such privacy. For those who want to read more about these urgent issues, see our summary of key readings on children’s data and privacy online.

Safety: identifying the gaps and improvements

Closely related to concerns over children’s privacy were debates surrounding how to keep children safe online amidst cyberbullying, self-harm and fake news on social media. We discussed how schools might use the UK Council of Child Internet Safety’s framework to teach children not only about the opportunities of the internet but how to use it more safely, responsibly and securely. The importance of combining such education in schools with conversations at home, as media use becomes increasingly individualised was also discussed as we marked Safer Internet Day. We discussed how inequalities offline can significantly affect safety online, and considered how online safety education can be improved as a result. The launch of the UK Chief Medical Officer’s report on screen-time and the impact it may be having on children’s mental health raised issues of how to protect children from such risks while also taking a measured approach. Finally, on a more positive note we outlined several improvements in children’s safety that occurred in 2018. Many of these developments have fed into the Government’s new White Paper on Online Harms, about which we shall be blogging in the coming months.

Several posts noted how social inequalities have an impact on children’s opportunities, safety and risks online. Parenting for a Digital Future released its fourth report, on how inequalities such as gender, ethnicity, disability and socio-economic status in the home influence children’s digital lives and affect how much support parents can give children. For example the report found that children who had special educational needs or disabilities were much more like to suffer harm online, according to parents, and asked how such families might be better supported. One organisation described how its scheme has provided lower income parents with disabled children with tablets and training on how to use them. Two posts took into account of how gender inequalities were significant in shaped use of digital media. A major US study by Plan International showed that there was a relationship between parents’ attitudes towards gender and teens’ engagement in sexualized media practices and harassment online. Ethnographic research in rural India also revealed how gendered power dynamics within family structures are being actively shaped and reshaped through the use of mobile phones. We also looked at how teens are moving away from using Facebook and asked what the implications might be for political engagement and class inequalities.

Finally several posts took a look ahead to consider future developments in digital technology. One considered how play might be able to transform how learning is measured in schools by moving away from traditional testing. The ICT Coalition for Children Online’s report asked Europe’s industry experts, parents and young people about emerging tech and the potential threats and opportunities it poses. We also looked at what needs to happen next to ensure the goal of better media literacy is achieved and sustained in the future. Finally, we’re now finishing writing our book, ‘Parenting for a Digital Future,’ and will blog about it more in the coming weeks.

Keep your eye out for our new-look blog, which will be launched soon.

You can stay up to date with our research and new project updates by subscribing to the blog, and by following Sonia and Alicia on Twitter.

Conceptualising privacy online: what do, and what should, children understand? 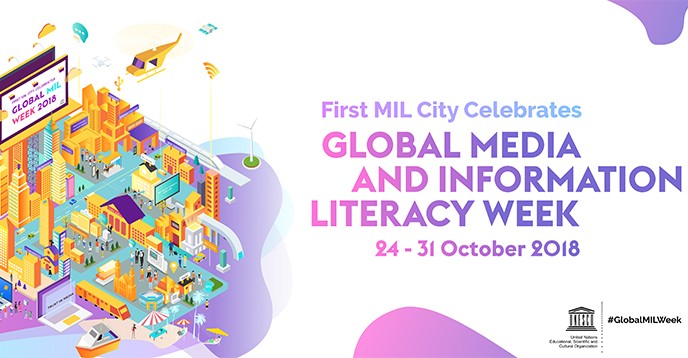 The annual celebration of Global MIL Week will take place from 24 to 31 October this year, under the theme “Media and Information Literate Cities: Voices, Powers, and Change Makers”.

Its Feature Conference, the Eighth MIL and Intercultural Dialogue (MILID) Conference, will be held from 24 to 25 October 2018 in Kaunas, Lithuania, under the same theme as Global MIL Week 2018.

The Feature Conference will be followed by the Global MIL Week 2018 Youth Agenda Forum, an event designed by and for youth. It will be held on 26 October 2018 in Riga, Latvia, under the theme “Media and Information Literate Cities in the Era of Algorithms: Youth Voices”.

These two Feature Events are respectively hosted by the Vytautas Magnus University and the University of Latvia.

Global MIL Week is a major occasion for stakeholders around the world to review and celebrate the progress achieved towards “MIL for all”. It is a cap and aggregator for MIL-related events and actions across the world leading up to this Week. Together with its Feature Events, Global MIL Week promotes MIL connections and policies across countries, stakeholders, development issues, disciplines and professions.

Global MIL Week and its Feature Events are for everyone – civil society, local government officials, policy makers, academics, and other city actors alike. Join us at the Feature Events as speakers or participants, come and set up an exhibition of your work, and celebrate with us through organizing local events online or offline. You are also invited to register your local events here. Let us stand together for MIL for all. 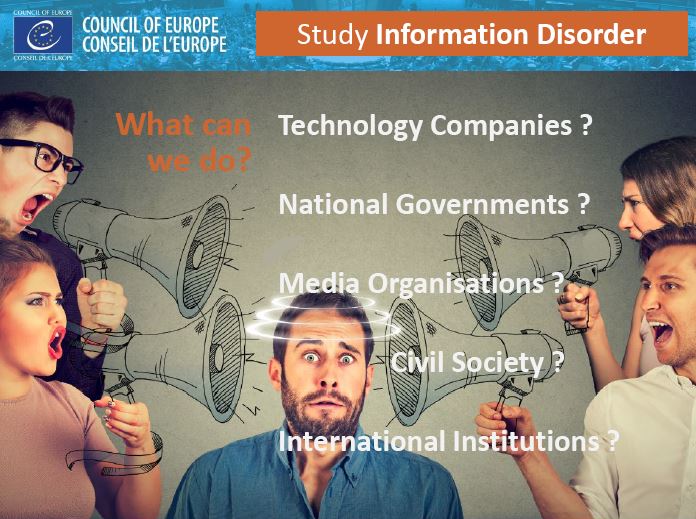 On 25th of June 2018, Patrick Penninckx, the Head of the Information Society Department presented the conclusions of the report “Information Disorder” in front of the PACE Committee on Political Affairs and Democracy. The report examines the modern information pollution and provides a new framework for policy makers, legislators, researchers, technologists and practitioners on mis-, dis- and mal-information. It also offers specific recommendations for technology companies, national governments and civil society.

The PACE committee session on “Democracy hacked: how to respond?”, chaired by the thematic rapporteur Frithjof Schmidt (Germany, Socialists, Democrats and Greens Group) has equally included a presentation on security of elections by Simona Granata-Menghini, deputy secretary of the Venice Commission.

Report « Information Disorder: Toward an interdisciplinary framework for research and policy making »

Leaflet on the Information Disorder Report

Presentation of Patrick Penninckx, Head of the Information Society Department 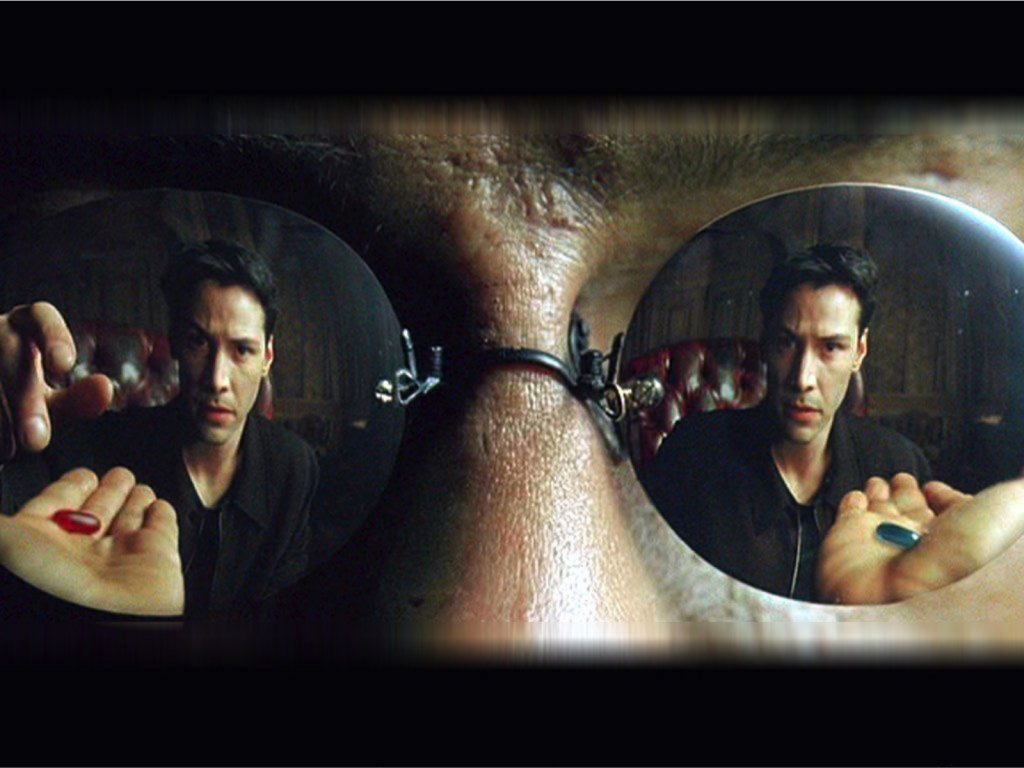 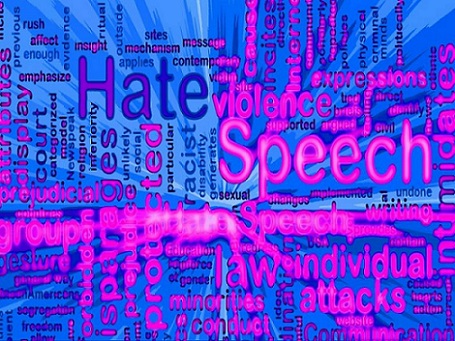 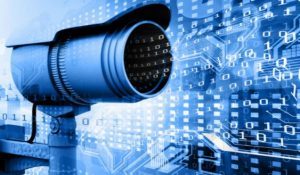 The Steering Committee on Media and Information Society (CDMSI) will hold its 12th meeting from 20 to 23 June 2017 in Strasbourg. Its main focus will be the preparation of two standard setting documents, respectively on pluralism of media and transparency of media ownership and on internet intermediaries.

The Conférence of INGOs is invited to present the work of the 2017 sessions and highlight the needs of cooperation between civil society and the states regarding media and the information society.

Source : 12th meeting of the CDMSI: pluralism of media and transparency of media ownership and internet intermediaries – BLOG DE LA CONFERENCE DES OING – BLOG OF THE CONFERENCE OF INGOs 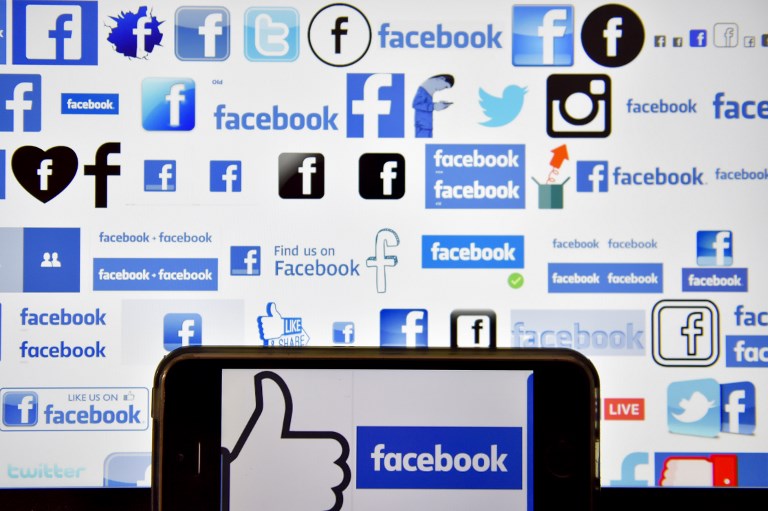 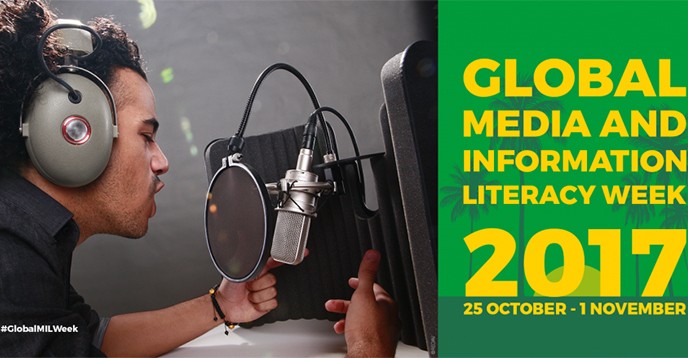 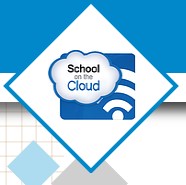 One of the strongest trends in business is a swift towards internet based services. Everything needed to create fully internet based schools is already invented, it just have to be organized and put into practice. The webinar will discuss how and why this shift will take place and how the foundations for understanding a school and learning practices will move into a new paradigm.

After registering, you will receive a confirmation email containing information about joining the webinar.